Collaboration between MAKEDONIA PALACE and PAOK FC to offer relief to refugees. Love knows no borders!

The social issue of refugees is currently on the rise, compelling all of Europe to show interest and become engaged in seeking out solutions for the relief of people who have been forced to unconditionally abandon their homes, their families, their homelands.

For all of us, the people of MAKEDONIA PALACE and of PAOK FC, the strong emotions brought forth by the tragedy these people are experiencing are heightened by our own historical memories of similar tragedies experienced by our ancestors.

Makedonia Palace, in collaboration with PAOK FC, is undertaking a series of actions to offer relief to refugees.

Following the example of PAOK FC, who donated one euro for every ticket sold for the PAOK FC – Borussia Dortmund match and intends to donate the same amount for the team’s next two European matches to be played in its home stadium, MAKEDONIA PALACE is taking action and donating one euro for every overnight stay between the 20th of October and the 3rd of November 2015, actively supporting the Organization “Doctors of the World (Medecins du Monde)” and other humanitarian NGOs.

At the same time, MAKEDONIA PALACE and PAOK FC are organizing the immediate collection of clothing (mostly windbreakers) and food, basic necessities and pharmaceuticals (such as adult antibiotics, skin ointments, ear, nose and throat drops, antidiarrheal medications for adults and children, gastro-resistant medications, paracetamols of all types, and cough drops) for the refugees hosted in Thessaloniki and for those who are arriving at the Eidomeni border crossing on a daily basis. Volunteers can bring any of the above items that they wish to the Makedonia Palace reception, or to Gate 4 of the Toumba Stadium, starting on Monday, the 5th of October. 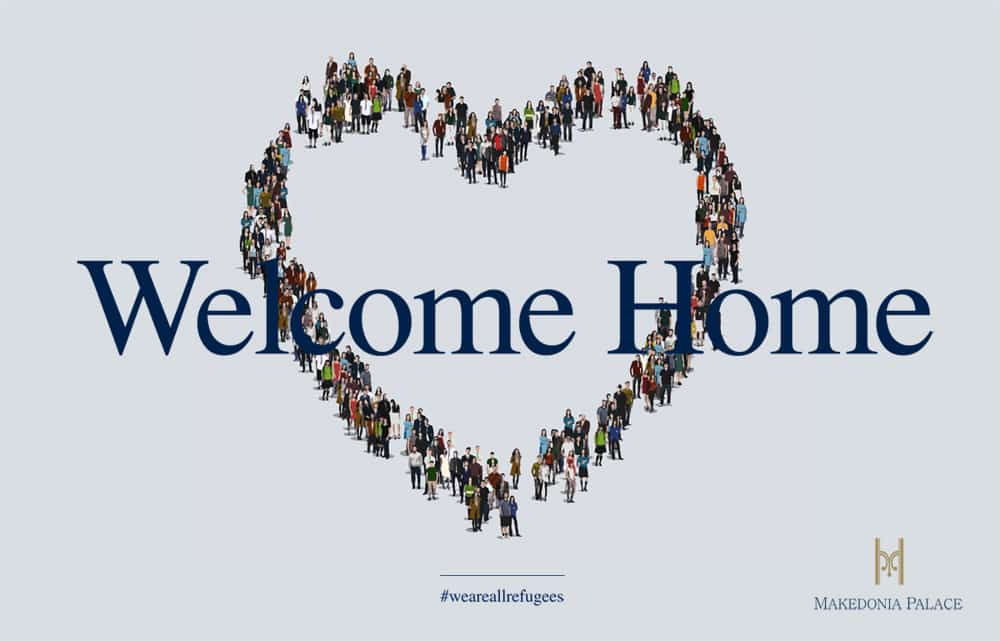 Soon we will announce additional actions of financial and social support to the refugees and of assistance to humanitarian NGOs, as well as actions to raise the public's awareness about the global, dramatic phenomenon of involuntary displacement and to express our love and solidarity to people who – despite their will – are currently in a situation that we, as a nation, have historically experienced in large numbers.

Welcome the first day of the new year with exclusive, distinct 5-star flavors in a lunch buffet that will win even the most discerning guests.